The migration situation in the EU resembles an endless squash game, where the ball bounces off a pliable wall and comes back to the player

Close-up: Ilhan Kyuchyuk is a Bulgarian member of the European Parliament from the Group of the Alliance of Liberals and Democrats for Europe/ Movement for Rights and Freedoms, and since 2015 has been Vice President of ALDE Party. He is a member of the Committee on Foreign Affairs and of the Delegation for relations with the Maghreb countries and the Arab Maghreb Union, as well as a substitute member of the Committee on Culture and Education and of the Delegation for relations with the United States. Since November 2014, Mr Kyuchyuk has been a member of the Human Rights Committee of the Liberal International, and since May 2015, he has been ambassador of the European Entrepreneurship Education Network. Between June 2013 and May 2014 he served as parliamentary secretary of the deputy prime minister of the Republic of Bulgaria in charge of the government’s economic policy. He has been a member of the Youth Movement for Rights and Freedom since 2005 and, in November 2012, he became its president. He is fluent in English, Russian and Turkish.

- Mr Kyuchyuk, during a plenary session of the European Parliament, you urged the EU to demonstrate strong political support for Macedonia’s European perspective. Is it realistic to expect the country’s EU accession in a shorter time frame?

- A month ago, I told my fellow MEPs that the time has come for Macedonia to put this difficult period of its history behind and turn a new leaf in its democratic development. I think that the entire European community welcomed with great enthusiasm the forming of a new government in the country and its willingness to work towards quick NATO and EU membership. Prime Minister Zaev made several important first steps, including his visit to Bulgaria. Improving dialogue with neighbours is a good starting point for EU membership. But we should not forget the fact that after a long stretch of political instability, Macedonia needs an accelerated pace of reforms to help normalise the political and ethnic climate in the country. This will be only made possible if the new cabinet serves the citizens’ interests and adheres to the principles of transparency, equality and rule of law. I would not like to predict concrete deadlines because that is not the most significant thing here. The EU should show strong support for the European perspective of Macedonia, while the country needs to demonstrate political will and responsibility in launching much-needed reforms and foster a culture of tolerance so that social division can be overcome.

- In your opinion, how are the EU candidates from the Western Balkans doing with the reforms necessary to gain EU membership?

- The road to the EU requires a strategic, long-term vision as well as a steady commitment by the candidate countries. It is no coincidence that the more consistent of them are ahead in their stage of integration. Since starting the process of European integration, the Western Balkan countries have made significant strides towards reconciliation, establishment of sound democratic institutions and transition to a working market economy. But nowadays their European perspective looks quite elusive, after European Commission President Jean-Claude Juncker said he did not expect the EU to enlarge soon. Unfortunately and alarmingly, given the complex geopolitical situation in the region, this statement was a mistake as it created conditions for destabilisation on the Balkans and undermined the enlargement policy to a certain extent. This is why, we, in the ALDE group, came up with a strategic document recently proposing steps to jumpstart the process of European integration of the Western Balkans. This includes a strategy based on three elements: a holistic approach to the region, reaffirmation of the Copenhagen membership criteria and strong support for structural reforms.

- The Brexit talks are already underway. Will Europe be able to negotiate the best conditions for the nearly 3 million EU citizens residing and working in the UK?

- Both the European Union and the UK have interest in such a development. The UK’s decision to leave the EU has created uncertainty for millions of people and I believe the two parties quickly realised that this is a matter of extreme importance. The remaining chapters of the divorce agreement cannot be opened until the rights of the European citizens living in the UK and those of the British living in the EU have been guaranteed.

- Should the EU keep its door open to the UK?

- French President Emmanuel Macron gave a similar positive signal recently during his meeting with Theresa May. However, we should not forget that a return to the fold under the same conditions is out of the question. Granted, the UK has largely harmonised its legislation with that of the EU and if one day it decided to join the bloc again, perhaps it would find the process easier than other countries but it would still have to observe and follow certain European policies that it is currently not part of.

- How does the ALDE Party, of which you are the vice president, see the future of the EU27 and which of the five scenarios for the bloc’s evolution outlined in Juncker’s White Paper is closest to your vision of moving forward?

- The decision about the European direction and the scenario to follow will be made by all Member States together in the coming months. ‘Europe ? la carte’ is a political reality that can no longer be a leading doctrine for the EU governance. At this point, it is crucial to listen to the call of European citizens and their idea of how the European project should look. Personally, I am firmly against the model of multi-speed Europe, especially after the leaders of the four largest European nations - Germany, France, Spain and Italy - declared that they would be moving forward together, sending a clear message to the rest of the Member States that multi-speed Europe is not a myth but a possible future scenario.

I think that the European Union should turn Brexit into a success story and use the moment to reform, including towards a deeper level of integration. As things stand, it has no real capacity to deal with many of the modern challenges, while the consensus agreement approach to decision-making often hinders crucial efforts to bring the European Union into the future. This is why I am an advocate of the Doing Much More Together scenario.

- How can Europe cope with the migrant challenges, considering that the quotas mechanism is not working and the inflow through the Central Mediterranean route is growing?

- This topic has been discussed for years now and the situation resembles an endless game of squash in which the ball bounces off a pliable wall and comes back to the player, who sends it back the same way. We all understand that until all Member States show solidarity, we have no way of dealing with the migration wave, which is emerging as one of the global phenomena of the 21st century, according to the latest UN reports. This means that we should transform this phenomenon from a challenge to a portal to prosperity, economic growth and cultural diversity. But above all, Europe needs to prepare a consistent strategy to combat the root causes for migration and I believe that the European Fund for Sustainable Development voted some days ago is a step in the right direction.

- The terrorist threat has become commonplace in Europe. But are we not seeing a paradox here - on the one hand, our freedoms are curbed in order to strengthen security, and on the other - insecurity is rising?

- History has shown that any attempts at limiting freedoms leads to violence. The truth is that the EU and its Member States were unprepared for such a wave of terrorist attacks and countries started to take individual, ad hoc measures to counteract terrorism. We urgently need a European intelligence service, pooling information about terrorist threats from all Member States. The EU is just as free a space for us as it is for the terrorists and our only hope to stop attacks is by working in complete coordination.

- What do you think Europe should do to crack down on the radicalisation of young people from migrant families who were born and raised in the EU?

- Unfortunately, nowadays young people are especially susceptible to radicalisation influences. Radicalised young people normally turn to aggressive extremist groups in search of recognition, identity and life purpose. Several months ago, I hosted an event, organised in association with UNESCO, dedicated to combating radicalisation. Education is our weapon against this phenomenon. Young people are being taught to hate and it is our job to teach them peace, tolerance and dialogue so that they can co-exist in an increasingly complex and multi-layered world. Violent extremism breeds fear and division and we should counter its influence with education and intercultural dialogue.

- How will the new European Consensus on Development, adopted by the European Parliament, allow the EU to be better prepared to deal with global challenges?

- The EU should be more ambitious on the global stage and the new European Consensus on Development offers a framework for European cooperation that should make us better equipped to meet the global challenges but also promote sustainable development. This agreement reaffirms the commitment of all Member States to working together on a common agenda and EU cooperation priorities with all developing nations over the coming years. The consensus document succeeded in achieving one of the EU’s main foreign policy priorities - enhanced coordination and unity of action between the EU and its Member States. Moreover, for better results, it suggests working with partners on individual basis. This is of great importance, considering that the EU is still the largest donor of humanitarian aid and continues to work tirelessly towards eradicating poverty through the promotion of good management practices and development of human and economic resources.

- Recently, together with some fellow ALDE group members of yours, you visited Cyprus in connection to the unification talks there. Having gone through those meetings, do you believe that there could be a deal on unified Cyprus in the near future?

- During my Cyprus visit as part of the ALDE delegation, I found that the two sides are clear in where they stand on each chapter of the talks and where the other side stands. Main territorial changes, property compensation, European matters, economics, administration and power sharing - all these chapters were discussed in Geneva just a few months ago. Maps showing specific territorial borders were even exchanged, which was a completely new step. Unfortunately, things were different in Crans-Montana, which was supposed to simply see the hammering out of details on some contentious points and the discussion of the island’s security strategy following the unification. The conference ended without an agreement acceptable to both sides. The international relations theory tells us that there are no full stops in diplomacy, only commas. Even so, this was the last chance for the generation of Anastasiades and Akinci and they should not have let it slip, as Yasser Arafat and Ehud Barak did in Taba, Sinai in 2001. Back then, the resolution of the conflict between Israel and Palestine reached its turning point and afterwards the two countries were never able to go back to that highest point in their political and diplomatic relations. Even though no one wants to admit this, the outcome of this conference will affect the geopolitical processes on the island and in the Mediterranean Sea in the long run. 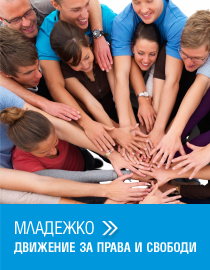